A pre-wedding ritual performed by the Imam, the ritual is an important part of an Islamic wedding as it is the official announcement of marriage where the bride and groom seek blessings from Allah.

Following the Salatul Ishtikara, the bride will be visited by the groom’s mother who will gift the bride to be with sweets, gifts, and an auspicious coin in either gold or silver which would be wrapped around the wrist of the bride in a silk scarf as a symbolic expression of acceptance and welcome in her new home.

The engagement ceremony or Mangni is then performed in the presence of family and close friends, the public declaration of betrothal is then followed with gift exchanges between both sides of the family. 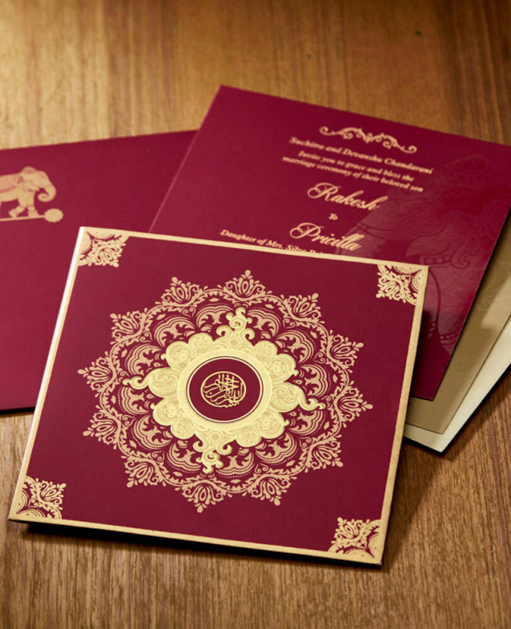 The Haldi ceremony or Manjha takes place two days before the wedding, the bride and groom will be dressed in yellow and have turmeric paste smeared on their face and hands after which they will be rinsed in holy water

The bride’s family and her friends will gather together and have Mehendi designed on her hands and feet. People often hire professional Mehendi designers for Mehendi applications. The design will often hide the groom initial in the design which he has to look for on the wedding night 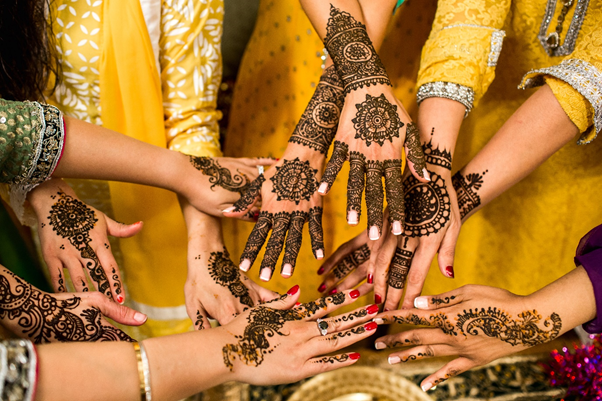 In the last of the pre-wedding rituals, the bride will be visited by the male members of the groom. They will bring with them gifts which include sweets, bridal outfits along with jewelry and accessories for the bride. 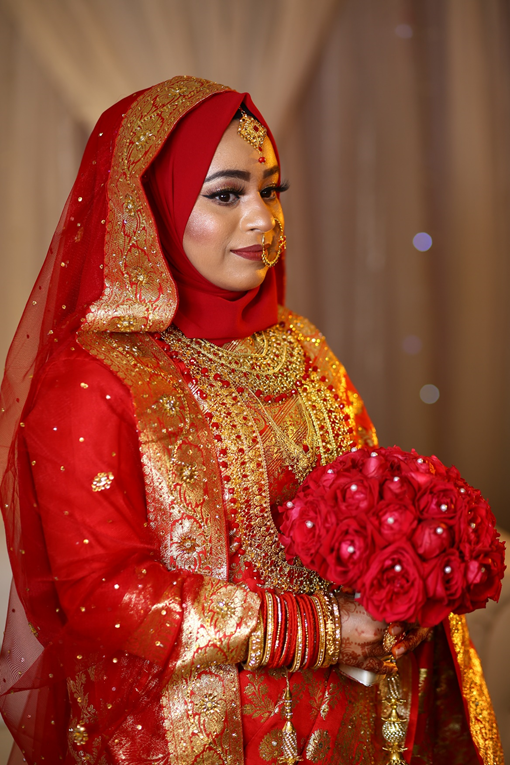 The baraat is probably the most awaited event of the wedding ceremony. The baraat which is the groom will be ushered in the wedding venue in decorated cars, with music and dance while being accompanied by his relatives, friends, and parents

The Nikah is the main wedding ritual in an Islamic wedding. A Maulvi will conduct the ceremony where the bride and groom will recite their oaths during the ritual. The Ijab-e-Qubool which is a ritual of giving one’s consent to the marriage is performed, once both parties provide their consent. The Nikah is concluded with the Nikah Nama, Khutba and finally, the elders will give their blessings or darud to the newly wedded couple.

Meher is an obligation provided in the form of money or possessions, which is offered to the bride during the wedding.

One of the most emotional aspects of the wedding is where the bride bids farewell to her family and proceeds to her in-laws. The groom exchanges oaths with the father of the bride to care for his bride before leaving.

Walima or reception is where the newly wedded couple receives all their guests and family members to celebrate the new bond between the two families.

After four days of the wedding, the bride will visit the house of her parents and she will be received with a grand welcome.